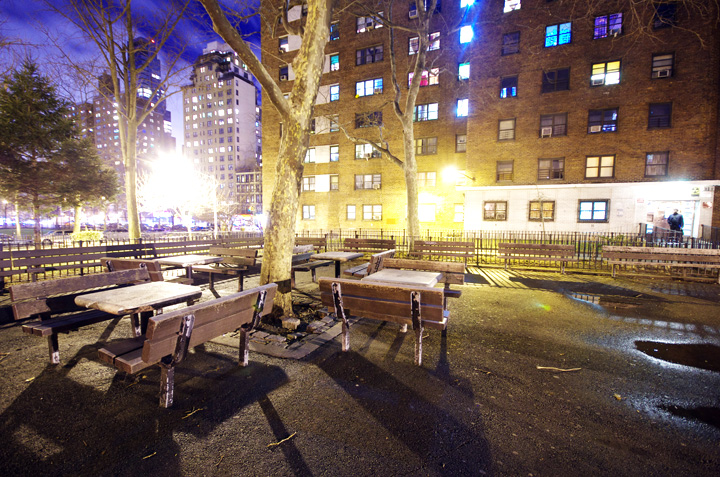 A couple of weeks ago, Robert Reich, Secretary of Labor under Bill Clinton and notable Twitter gadfly, tweeted that “Wall Street bonuses totaled $27.5 billion last year, which is more than 3 times the combined annual earnings of all American workers employed full-time at the federal minimum wage.”

Now that got my attention.

Looking into this further, I found a Forbes article, perhaps the source of Reich’s information, that elaborated on financial-sector bonuses and the growing “pay gap” in America. The article quotes data from an Institute on Policy Studies report, noting that the 2018 Wall Street bonus pool, divvied up among the 179,200 eligible employees, comes out to $153,700 per person. A Wall Street worker’s bonus, not including his or her base salary, the article explains, was “about double the average salary of the rest of the New York City workforce.” Now, Wall Street bonuses have always been the stuff of urban legend, to which many of us react with a mix of horror and envy: We’re disgusted that anyone earns that kind of money, yet we secretly wonder what it would be like to receive a six-figure bonus check.

The disparity in pay between Wall Street employees and the rest of the work force hasn’t always been so pronounced, however, a fact that underscores the menace of these statistics. As astonishing as the bonus number sounds, the growth of the bonus pool relative to inflation is downright dispiriting. In most of the years from 1989 to 2018, inflation was just under 2 percent. During that same period, Wall Street bonuses grew at an eye-popping 8.81 percent compound annual growth rate. That means, while most workers are relieved to see their earnings keep pace with inflation, folks in the financial sector have seen their bonuses grow at four times the rate of inflation. In other words, income disparity in the U. S. is getting worse every year.

I’ve never flat-out asked someone from Wall Street whether he or she feels deserving of such outsized compensation. No doubt, I’d hear an impassioned argument that the financial sector “creates wealth” and “fuels economic growth” by providing essential capital to industry—or some such blather. The concept of motivated reasoning—described by Psychology Today as “the bias toward a decision that conforms to what a person already knows”—comes to mind in this context. Hell, I worked as a stockbroker for three years, and my training never once touched on delivering social value. We were taught which products sold best and which generated the highest commission.

Working on Wall Street means chasing big paychecks; and when you’re earning huge money, you tell yourself whatever you need to as justification.

When you think about it, one could argue that our entire capitalist system is guilty of motivated reasoning. We need to believe that capitalism is a boon to the world and those who are left behind economically just aren’t running fast enough. Last year, I spent some time in Manhattan’s Upper West Side, often walking by the Frederick Douglass Houses, a stark public housing complex on Columbus Avenue. Most of the people I saw there were poor African Americans. Every time I passed by, I thought of Eddie Glaude, Jr.’s book Democracy in Black and his commentary on the “value gap,” the belief that “white people are valued more than others.” On the financial consequences of this gap, Glaude writes:

One out of four African Americans lives in poverty today. One out of of three black children grows up in poverty, while only one out of ten white children lives in poverty. One out of five black children is growing up in extreme poverty. That child’s parents make less than $11,746 a year for a family of four. They live on $979 a month, $226 a week, or what ends up being $32 a day…This is galling for a nation that considers itself a leader of the free world and a pioneer in democratic principles.

A Shining City on the Hill

Glaude calls out America for the hypocrisy of our collective national mythology: We cannot be Reagan’s “shining city on the hill,” a beacon of light to the oppressed, when our apparent affluence is belied by millions of citizens struggling just to feed their families. While decades of institutional racism have ensured that African Americans draw the short straw in wealth distribution, the sad fact is that poverty in our so-called greatest nation on earth afflicts far too many people of all races.

Nelson Mandela is quoted as having said, “A nation should not be judged by how it treats its highest citizens, but its lowest ones.” A related quote, attributed (unreliably) to Gandhi, goes, “the true measure of any society can be found in how it treats its most vulnerable members.” Whatever the actual source of the second quotation, both observations should trouble any American. Our national motivated reasoning, most often echoed by the political Right, holds that people languish in poverty due to their lack of initiative—go out and get a job flipping burgers, for crying out loud. After all, opportunity in our country is abundant, but capitalizing on the American dream requires elbow grease. If only it were that simple.

Others with a more nuanced understanding of American society understand that, privilege—whether deriving from race or class—always keeps a thumb on the scale. In his remarkable book Privilege, sociologist Shamus Khan provides a view into how America’s wealthiest class preserves its hegemony. Where wealthy scions formerly leveraged the trappings of their blue-blooded upbringings to advance, they are adapting to a more diverse, seemingly more egalitarian world. Nowadays, Khan explains, these young men learn to function at various social strata—at country clubs and Starbucks—and recast their privilege not as a benefit of birthright but as a result of extraordinary work ethic. In this way, the narrative with which affluent citizens reassure themselves of America’s abundant equality lives on. And by this means, the value gap between rich and poor, powerful and disenfranchised, passes from generation to generation like a mutating virus.

The privileged St. Paul’s students about whom Khan writes often move on to Ivy League schools and, eventually, to Wall Street, where they will win their share of the $27.5 billion bonus pool. Meanwhile, folks at Frederick Douglass House, just a few miles north, will support their families on a fraction of the value of a single Wall Street bonus check. To some this sounds like a thriving, compassionate, democratic system at work. To others, it signals a democracy that has lost sight of its foundational principles—a country that, in its pursuit of wealth, has forgotten what economic equality can and should look like.